Most of the roofs of buildings are equipped with exhaust pipes to balance the air pressure of the sewage pipes. However, if the exhaust flow rate of the exhaust pipes is large, an airflow vortex will be formed around the exhaust port, causing the exhaust gas to flow downward, resulting in a "turbulence effect". - Airflow with viruses and bacteria will flow back into the room through windows or vents in high-rise units. Experts pointed out that the cluster infection cases in many residential estates are suspected to be related to the exhaust pipes of the buildings.

As early as the early stage of the epidemic, Hong Kong Plumbing and Sanitary Ware Trade Association Ltd awared of the potential risk of spreading germs in the exhaust throat, so it joined forces with RHT Industries Limited, which owns the patented Nano Confined Catalytic Oxidation technology, to cooperate with Hong Kong Science Park to design and develop, and apply the locally developed NCCO technology to the exhaust system to develop the "Vent Pipe System". It can be installed on the exhaust pipe installation of the existing building roof in a short period of time without changing the existing equipment. When the system is put into operation, the siphon principle will be used to strengthen the rising air pressure in the exhaust straight throat, thereby reducing leakage in the exhaust transverse pipe and absorbing harmful substances into the system.

The absorbed harmful substances will be filtered by the active oxygen generator, HEPA Filter, and NCCO Reactor successively in the system, decomposed and transformed into harmless substances, and finally discharged out of the room, which greatly improves the influence of virus backflow caused by the turbulence effect.

The system has been put into operation with excellent results

This technology was commercialized after the research and development was completed, and a general-purpose physical machine model RH-220 was produced. So far, excellent results have been achieved.

According to the sampling data, when the Vent Pipe System was activated, the airborne bacteria content index (CFU/m3), also known as "colony count", read from the exhaust outlets of the four buildings all recorded a significant decrease. The HA headquarters, which had the most obvious effect, had a 33 times decrease in the number of colonies from 235 to 7; the HS Tsuen Wan Bo Shek Mansion, which had the highest colony count, also dropped its index from 1327 to 136, a decrease of nearly 10 times; a combination of the four installations. The data of the location, after the system was put into use, the sampling points showed an average decrease of 20 times in the number of colonies. 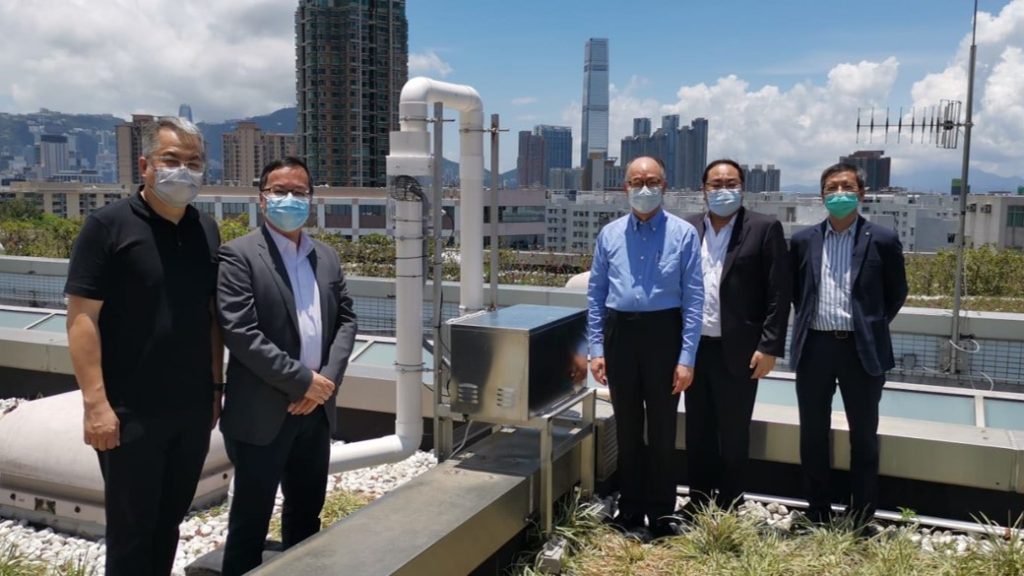